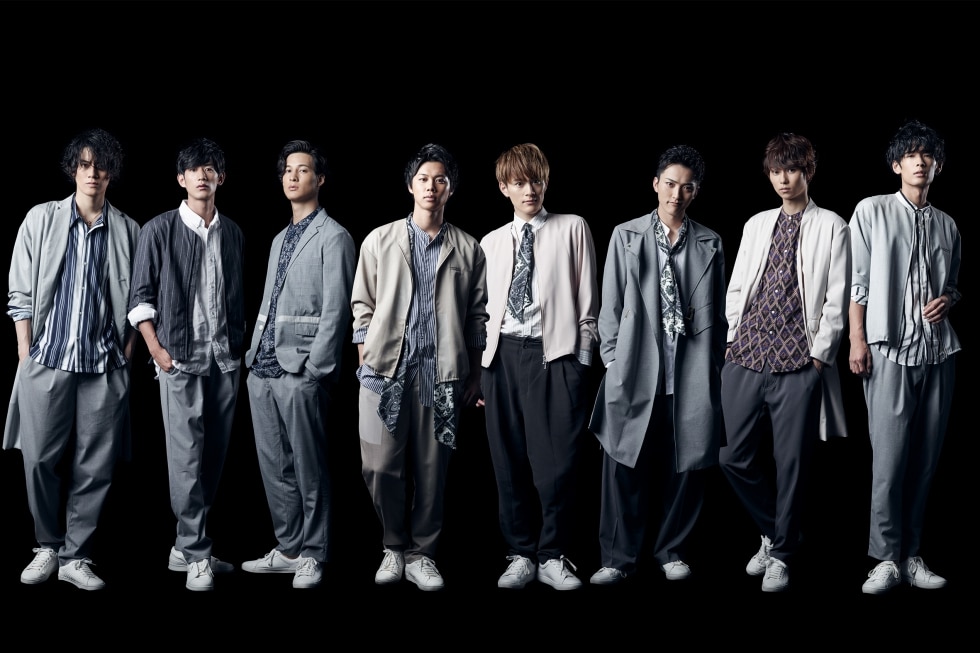 A vocal group consisting of eight male members whose heights are all over 180cm.
SOLIDEMO means SOLID = Too Cool and EMO = Abbreviation for emotional,
adding these two will make "Solid and Emotional guys".

Their name SOLIDEMO came from having double face as one for cool and having a class, then occasionally being emotional and sing love songs.
"A made in Japan artist strives in Asia" is their goal, and they have debuted on April 16, 2014, with their 1st single "THE ONE".

After making a debut, they have been acting actively abroad. In May, they performed in "Thailand Comic Con 2014" as a "representative of Japanese handsome boy", which was their first live concert.
In June, they performed the live concert in nakata.net café" in San Paulo, Brazil, while FIFA World Cup Brazil was held, and succeeded in it.
In Japan, both the 2nd single album "Heroine" and 3rd single album "Rafflesia" released were used in theme song and opening song of "First Class" series, which is Fuji TV drama where Erika Sawajiri is a heroin.
These activities are evaluated and awarded in December 2014 "Rookie award" of Japan Record Award.
Her 4th single "Girlfriend" released in 2015, was selected as the background music of "Fight" bookstore girl".
on October, she released her 1st album "8 Collars" and had her first nation-wide tour "SOLIDEMO 1st TOUR 2015-8 Collars-" at 9 cities in Japan.
The 5th single "Lanscape" is the ending song of "Fair Retail", the animation at TV Tokyo.
In addition, "SOLIDEMO 2nd ANNIVERSARY LIVE 絆(kizuna)" was held at Zepp Divercity.
After that she has gone to nation-wide tour to meet her fans at her own live stages increasing the size of the circle of SOLIDEMO.
In July and August, they made an unprecedented record by performing for the music fair "a-nation" for four straight years. They travelled all over Japan to perform and became the group that performed the most on the "a-nation" stage.
In September, the 6th single they released that was titled "Orange" was a pop tune that just like the orange from the West Coast, featured Solidemo's voices that refreshed listeners in the scorching summer.
In coupling with it, it was on the air as 2016 theme song of UMA SACASU, and "Stay with me" that has been known as "moving around towel tune" is recorded.

In 2017, the 7th single "Happiness" was used for the theme song of FUJI TV drama, "Dai-binbo (big poverty)" which was a topic of starring Koyuki.
Also the first variety program under his name, "SOLIDEMO's Program" started broadcasting on TOKYO MX2.
They perform much of their charm which is not limited to music.
At the same time, they performed 13 stages in total of "SOLIDEMO 2nd Tour 2016-2017" and also performed "SOLIDEMO 3rd ANNIVERSARY LIVE" on April 15th in Nakano Sun Plaza resulting in the success of being sold out.
And, they anoounced, this coming fall in 2017, they will do the biggest tour called ”SOLIDEMO 3rd TOUR 2017 ROUTE81” at 18 places. We can expect their success in the future.